← more from
Amish Records
Get fresh music recommendations delivered to your inbox every Friday.
We've updated our Terms of Use. You can review the changes here. 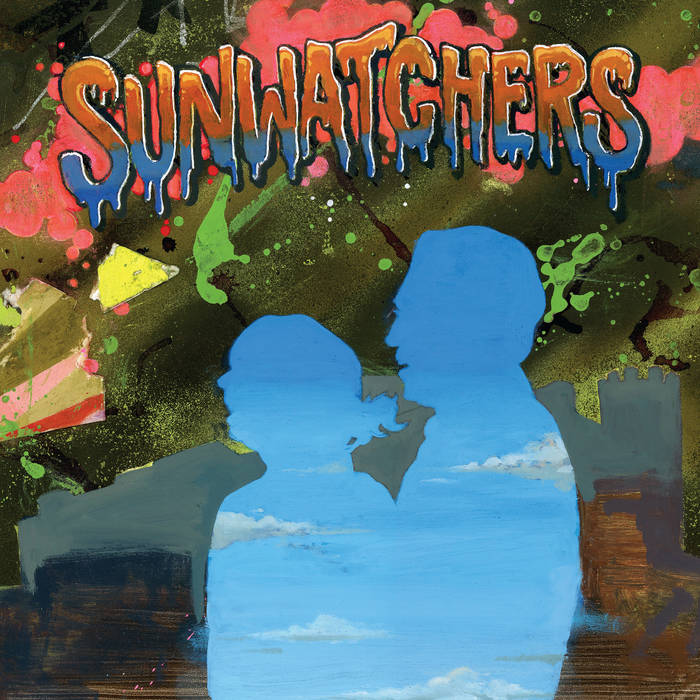 Erik Ellestad Beautiful album art, can't wait to hear! Also, I do love that Sharrock tune! (I ate at Pies and Thighs once, while doing a guest bartending gig at Dram. The story rings true.)

The title track delivers Sunwatchers’ most anthemic pop music to date, while the other five tracks mix the political with the punk, street toughs aligning with the avant-garde.  Guitarist Jim McHugh recounts the origins of both the title song and the EP itself:


"I was walking home very late at night from a short-lived bartending gig on the Lower East Side during a period when I had been reading books about the struggles of working-class people and immigrants and squatters in those neighborhoods. Coming across the Williamsburg Bridge, I decided to go by our old practice space on South 4th, across from Pies-N-Thighs—where I very briefly worked as a line cook.  This was the night the restaurant had reopened in their new location—and out front there was an enormous cadre of grease emboldened rats.  I kept thinking about the rats in relation to the new residents of the Lower East Side and North Brooklyn.  I hoped for those rats to be brazen and Brave in the face of the extermination efforts that they/we all face"


Other tracks on the EP include: a hypnotic and vaguely psychedelic cover of Sonny Sharrock’s “Blind Willie” taken from Sunwatchers’ first recorded studio session in March 2015; an alternate version of “Everybody Play”; an esoteric and extended deep dive with “Saxz”; and a live version of Alice Coltrane’s “Ptah, The El Daoud,” recorded when Sunwatchers opened for Bill Callahan in Brooklyn June 2016.  The EP closes with “Pedal One,” an outtake from Sunwatchers’ score to Ian Olds’ film Burn Country (2016).

All songs by Sunwatchers unless otherwise noted
DRONES AGAINST DRONES MUSIC BMI, 2020

Sunwatchers Stand In Solidarity With The Dispossessed, Impoverished and Embattled People of The World.